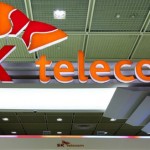 Most of us in Europe and North America try not think about how much we’re getting smoked by Asia in terms of internet speeds, but here’s another reminder: residents in South Korea will soon enjoy 300Mbps wireless on the nation’s largest carrier, SK Telecom . That follows on the heels of a similar effort by CSL in Hong Kong, which achieved the same speed by combining two 20MHz LTE bands. However, the Korean carrier is using so-called LTE-Advanced 3-band carrier aggregation tech, which combines one 20MHz and two 10MHz bands. Before residents there can download the proverbial 800MB movie in 22 seconds, though, the new format will have to be standardized globally and adopted by smartphone and chip makers, a process SK said is underway. While you’re mulling that, the carrier will actually be showcasing even better 450Mbps tech in February at Mobile World Congress — so enjoy your 75Mbps max LTE, citizens. Filed under: Wireless , Mobile Comments Via: TNW Source: SK Telecom