An anonymous reader writes with a link to an article by the EFF’s Jennifer Lynch, carried by Gizmodo, which reports that the L.A. Police Department and L.A. Sheriff’s Department “took a novel approach in the briefs they filed in EFF and the ACLU of Southern California’s California Public Records Act lawsuit seeking a week’s worth of Automatic License Plate Reader (ALPR) data. They have argued that ‘All [license plate] data is investigatory.’ The fact that it may never be associated with a specific crime doesn’t matter. This argument is completely counter to our criminal justice system, in which we assume law enforcement will not conduct an investigation unless there are some indicia of criminal activity. In fact, the Fourth Amendment was added to the U.S. Constitution exactly to prevent law enforcement from conducting mass, suspicionless investigations under “general warrants” that targeted no specific person or place and never expired. ALPR systems operate in just this way. The cameras are not triggered by any suspicion of criminal wrongdoing; instead, they automatically and indiscriminately photograph all license plates (and cars) that come into view. … Taken to an extreme, the agencies’ arguments would allow law enforcement to conduct around-the-clock surveillance on every aspect of our lives and store those records indefinitely on the off-chance they may aid in solving a crime at some previously undetermined date in the future. If the court accepts their arguments, the agencies would then be able to hide all this data from the public.” Read more of this story at Slashdot.

Taken from:
L.A. Police: All Cars In L.A. Are Under Investigation 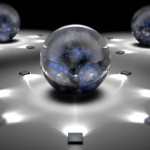