New submitter Prune (557140) writes with a link to a story at The Intercept which might influence the way you look at media coverage of the kind of government activity that deserves rigorous press scrutiny. According to the story, “Email exchanges between CIA public affairs officers and Ken Dilanian, now an Associated Press intelligence reporter who previously covered the CIA for the Times, show that Dilanian enjoyed a closely collaborative relationship with the agency, explicitly promising positive news coverage and sometimes sending the press office entire story drafts for review prior to publication. In at least one instance, the CIA’s reaction appears to have led to significant changes in the story that was eventually published in the Times.” Another telling excerpt: On Friday April 27, 2012, he emailed the press office a draft story that he and a colleague, David Cloud, were preparing. The subject line was “this is where we are headed, ” and he asked if “you guys want to push back on any of this.” It appears the agency did push back. On May 2, 2012, he emailed the CIA a new opening to the story with a subject line that asked, “does this look better?” The piece ran on May 16, and while it bore similarities to the earlier versions, it had been significantly softened. Read more of this story at Slashdot. 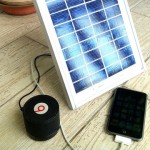 Roll Your Own Solar Gadget Charger with Spare Parts 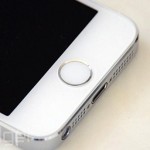 New Apple malware can infect your iPhone or Macbook via USB