An anonymous reader writes: Federal regulators are ordering Japanese supplier Takata to recall as many as 40 million additional airbags linked to a defect already blamed for at least 11 deaths, bringing the total number of faulty airbags in the U.S. to 69 million. Previously, the recall involved about 24 million vehicles sold in the U.S. over roughly the last decade, with 14 manufacturers impacted. With the latest recall, almost every other major carmaker will now be pulled. “This is the largest recall in American history, ” National Highway Traffic Safety Administrator Mark Rosekind told reporters on Wednesday. Initial estimates said 35-40 million airbags were to be recalled. And because some vehicles use more than one Takata airbag, the total number of vehicles will likely be smaller. Now it’s considered highly likely that the total number of cars, trucks and crossovers will now top the 50 million mark, and as many as a quarter of all vehicles on U.S. roads could be covered. The NHTSA has reported that just over 8 million vehicles had been fixed as of April 22. The airbags have so far been tied to at least 10 U.S. deaths and more than 100 injuries — two more fatalities in Malaysia were confirmed Wednesday. “The exploding airbags can send shrapnel into the faces and necks of victims, leaving them looking as if they had been shot or stabbed, ” according to Fox 59. Read more of this story at Slashdot. 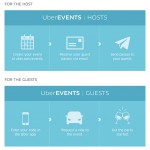