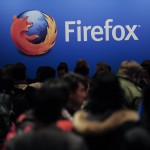 If Microsoft’s anniversary update and Samsung’s Galaxy Note 7 launch weren’t already enough excitement for you in one day, then hold on tight. Mozilla’s rolling out an update that brings a multi-process version of Firefox to some users. Trust us, it is exciting. The most potentially useful update here is Firefox’s new ability to split its workload into multiple processes. By splitting up Web content and Firefox’s own UI processes, the toolbars and buttons should never become unresponsive. Mozilla’s also tweaked the Awesome Bar to offer up more suggestions and to make it easier to read, redesigned the Discovery Pane and improved security for downloads. This last feature means that new classes of downloads are now protected — potentially unwanted software and uncommon downloads. Meanwhile, on mobile, Firefox for Android is getting a couple of worthwhile tweaks, like a merging of Reading Lists into Bookmarks, and moving Synced Tabs to the History Panel. If you’re watching a video while you receive a call, it’ll now pause automatically too. All in all, both the Android and Desktop updates are worth checking out, but don’t get too excited about that multi-process just yet — Mozilla’s rolling it out in a very cautious way that starts with around 1 percent of users and will shortly ramp up to around half, providing there are no major problems. Source: Mozilla

Taken from:
Latest Firefox update will help stop your browser from crashing