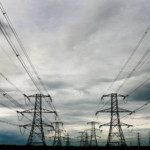 State-sponsored hackers have “probably compromised” the UK’s energy industry. A leaked memo from the National Cybersecurity Centre (NCSC) identifies links “from multiple UK IP addresses to infrastructure associated with advanced state-sponsored hostile threat actors.” These threats are “known to target the energy and manufacturing sectors, ” the document says. The memo, obtained by Motherboard and verified by a number of sources, goes on to say that as a result of these connections, “a number of industrial control system engineering and services organisations are likely to have been compromised.” The NCSC has neither confirmed nor denied the authenticity of the memo. However, in a statement given to the BBC it said: “We are aware of reports of malicious cyber-activity targeting the energy sector around the globe … We are liaising with our counterparts to better understand the threat and continue to manage any risks to the UK.” The leaked memo follows claims that Russian hackers have tried to infiltrate America’s nuclear power industry via phishing emails, as well as allegations that Ireland’s Electricity Supply Board has been targeted by groups with links to the Kremlin. These reports appear to be connected, suggesting there may be a large-scale effort brewing to identify vulnerabilities in global energy industry. It appears that despite the hack no actual damage has been done, but we’ve seen the consequences of cyberattacks on critical infrastructure — this development will no doubt call into question the effectiveness of national security once again. Via: The Guardian Source: Motherboard

Magnetic Refrigeration is a Real Thing.  Here’s How it Works.