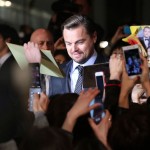 Enlarge / Leonardo DiCaprio signs autographs for fans during the Tokyo premiere for “The Revenant” in March. (credit: Yuriko Nakao via Getty Images) The pirate who in December leaked The Revenant and The Peanuts Movie  days ahead of their US releases has been ordered to pay $1.2 million in restitution to 20th Century Fox and was also handed eight months of home confinement, federal prosecutors said . The defendant, William Morarity of the Los Angeles suburb of Lancaster, was working for an undisclosed studio lot when he unlawfully accessed watermarked, screener versions of the films and uploaded them to a private BitTorrent site ” Pass the Popcorn ,” according to his guilty plea  (PDF).  The Revenant was downloaded more than 1 million times and The Peanuts Movie more than 220,000 times, according to court documents . (PDF) Deirdre Fike, the assistant director in charge of the FBI’s Los Angeles field office, said the defendant’s behavior is a killer of creativity and jobs. “Mr. Morarity used his position of trust to gain access to sensitive intellectual property, then shared that content online and incurred large-scale losses to the owner of that property,” Fike said. “The theft of intellectual property—in this case, major motion pictures—discourages creative incentive and affects the average American making ends meet in the entertainment industry.” Read 3 remaining paragraphs | Comments

Read the original post:
Leaker fined $1.2 million for uploading screener of The Revenant

You’re Doing It All Wrong: Solar Panels Should Face West, Not...

Verizon and AT&T Prepare to Bring 5G To (Select) Markets In...