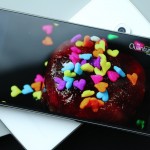 LG’s latest earnings report shows just how tough the smartphone market is getting. On the one hand, LG Mobile shipped 8.1 million LTE smartphones, its best result ever. On the other hand, it sold fewer premium models in Korea and spent a lot of money marketing its flagship G4 in the US against models by Apple, Samsung, et al. (The company singled out Apple , saying that iPhone sales hurt its earnings this quarter.) The net result was a mobile operating profit of just 200 million won ($172, 000) or 1.2 cents per phone. The good news is that the LG G4 has only been on sale in the US for two months , so it may have a stronger impact on LG’s bottom line next quarter. On top of a tight smartphone market, LG’s Home Entertainment division said that global demand for LCD TVs was “soft, ” as revenue dropped 22.7 percent to 3.93 trillion won ($3.59 billion). However, the company is bullish on its 4K OLED TVs , and plans to expand its lineup “with newer designs at more attractive price points.” For the quarter, LG saw an overeall drop in sales of 7.6 percent and earnings that were down 45 percent over last year to 226.4 billion won ($195 million). And if not for the company’s profitable Home Appliance division , that number would’ve been a loss. Filed under: Cellphones , Home Entertainment , LG Comments Source: LG

Visit site:
LG made 1.2 cents in profit for every phone it sold last quarter

Campaign To Remove Paper From Offices

Intel To Rebrand Atom Chips Along Lines of Core Processors