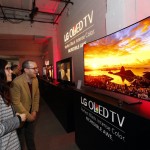 LG’s OLED 4K TVs are jaw-droppingly gorgeous , but the price still isn’t anywhere near the level it needs to be for mass consumer adoption . Hopefully the company’s new manufacturing plant can help that a bit thanks to economies of scale . A Reuters report says that the South Korean firm is spending some $8.71 billion (around 10 trillion Korean won) on a new manufacturing facility for the display panels in Paju, South Korea. Perhaps this can make up for some of the losses the tech giant suffered by halting production at one of its TV plants due to a gas leak earlier this year. Source: Reuters

UK to let driverless cars loose on roads by January

Australia is suffering a spate of iPhone hijackings at the hands... 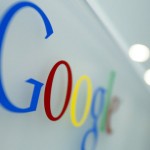 Google Reportedly Pays Apple $1 Billion To Be the Default iOS...