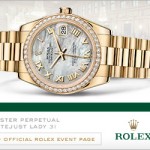 An anonymous reader points out just how thick a skin it takes to be a kernel developer sometimes, linking to a chain of emails on the Linux Kernel Mailing List in which Linus lets loose on a kernel developer for introducing a change that breaks userspace apps (in this case, PulseAudio). “Shut up, Mauro. And I don’t _ever_ want to hear that kind of obvious garbage and idiocy from a kernel maintainer again. Seriously. I’d wait for Rafael’s patch to go through you, but I have another error report in my mailbox of all KDE media applications being broken by v3.8-rc1, and I bet it’s the same kernel bug. And you’ve shown yourself to not be competent in this issue, so I’ll apply it directly and immediately myself. WE DO NOT BREAK USERSPACE! Seriously. How hard is this rule to understand? We particularly don’t break user space with TOTAL CRAP. I’m angry, because your whole email was so _horribly_ wrong, and the patch that broke things was so obviously crap. … The fact that you then try to make *excuses* for breaking user space, and blaming some external program that *used* to work, is just shameful. It’s not how we work,” writes Linus, and that’s just the part we can print. Maybe it’s a good thing, but there’s certainly no handholding when it comes to changes to the heart of Linux. Read more of this story at Slashdot.

What is the massive green oceanic glow that surrounds Bangkok at...