An anonymous reader writes Linux 3.18 was recently released, thus making Linux 3.19 the version under development as the year comes to a close. Linux 3.19 as the first big kernel update of 2015 is bringing in the new year with many new features: among them are AMDKFD HSA kernel driver, Intel “Skylake” graphics support, Radeon and NVIDIA driver improvements, RAID5/6 improvements for Btrfs, LZ4 compression for SquashFS, better multi-touch support, new input drivers, x86 laptop improvements, etc. Read more of this story at Slashdot. 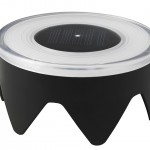