prisoninmate writes: As expected, the Linux 4.13 kernel series was made official this past weekend by none other than its creator, Linus Torvalds, which urges all Linux users to start migrating to this version as soon as possible. Work on Linux kernel 4.13 started in mid-July with the first Release Candidate (RC) milestone, which already gave us a glimpse of the new features coming to this major kernel branch. There are, of course, numerous improvements and support for new hardware through updated drivers and core components. Highlights of Linux kernel 4.13 include Intel’s Cannon Lake and Coffee Lake CPUs, support for non-blocking buffered I/O operations to improve asynchronous I/O support, support for “lifetime hints” in the block layers and the virtual filesystem, AppArmor enhancements, and better power management. There’s also AMD Raven Ridge support implemented in the AMDGPU graphics driver, which received numerous improvements, support for five-level page tables was added in the s390 architecture, and the structure randomization plugin was added as part of the build system. Read more of this story at Slashdot. 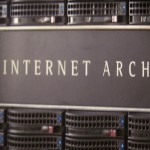