REDMOND—Microsoft is unveiling the next major beta of Windows 10, the Consumer Preview, with an event at the company’s home in Redmond, Washington. We’ll be on the scene to report on the news and get a first look at the new release. We’re expecting to see the new Continuum feature that adapts the Windows interface on 2-in-1 devices and a new browser that sheds the legacy (and name) of Internet Explorer. Representatives of the Xbox team will also be at the event, with Microsoft having news about Windows gaming—though precisely what that will be is currently a mystery. Read on Ars Technica | Comments

Taken from:
Liveblog: Windows 10 “The Next Chapter” event on January 21st 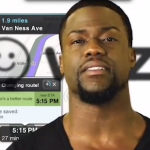 Waze partners up with Universal Pictures to let celebrity voices give...