jjslash writes: For a few years now, Intel CPU overclocking has been limited to more expensive Core i5 and Core i7 ‘K’ processors. Skylake launched this year with the rumor of strong non-K processor overclocking through an adjustable base clock, but that never eventuated… until now. In overclocking circles it was rumored that BCLK (base clock) overclocking might become a possibility in Skylake processors, but it would be up to motherboard manufacturers to circumvent Intel’s restrictions. Asrock, Asus and a few other motherboard manufacturers are said to be issuing a BIOS update soon that will unlock base clock overclocking on Z170 motherboards. TechSpot has got an early look, overclocking a locked Core i3-6100 to 4.7GHz on air cooling. Read more of this story at Slashdot.

Excerpt from:
Locked Intel Skylake CPUs Can Be Overclocked After BIOS Update 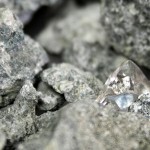