Anyone who’s seen James Cameron’s Aliens cannot forget the images of 1.) Ripley in a cargo-loader exoskeleton, and 2.) Vasquez prowling the corridors with that body-mounted machine gun on the swing arm. That was back in 1986; now it’s 2013, and not only have these designs actually come to pass, but they’ve been combined. As we previously reported , Lockheed Martin licensed a company called Ekso Bionics’ technology to develop the HULC , or Human Universal Load Carrier. It’s got the power-assist legs and the body-supported gun mount: While Ekso Bionics is targeting the consumer market, enabling paraplegics to walk again, Lockheed has initially gone military. However, they’re reportedly creating a version of the HULC called the Mantis, for industrial applications. As Bloomberg News reports , The machines may follow a classic arc from Pentagon research project to fixture on an assembly line, similar to the development of lasers, said Paul Saffo, managing director of foresight at investment advisory firm Discern in San Francisco. “The medical devices get the most attention, the military funds it and the first mass application is industrial,” Saffo said in a telephone interview. [Mantis is aimed at] any industry in which workers must hold heavy equipment that can cause fatigue and back injuries…. Mantis has a mechanical extension for a wearer’s arm and absorbs the strain from hefting a grinder or sander, [Lockheed business development manager Keith] Maxwell said. Tests found productivity gains of more than 30 percent, he said, and wearers showed their Macarena footwork to demonstrate the suits’ flexibility. “It turns workers away from being a weightlifter and into a craftsman,” Maxwell said. I’m all for Construction Worker Exoskeletons—as long as the power tools are not integrated, but remain separate objects that you pick up. Because once they start replacing the user’s hands with built-in angle grinders and magazine-fed nail guns, we’re going to have a problem. Last year, I watched a construction worker fight a cabdriver in front of my building; the hack didn’t stand a chance. The last thing I want to see is an angry frame carpenter tramping off the jobsite in one of these things, ready to settle someone’s hash with his Forstner-bit fingers and chopsaw hands. (more…) 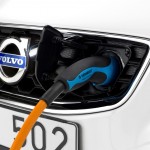