Enlarge / Customers of the telecommunications and Internet provider TalkTalk are among those who have been targeted in a Windows support scam operation in the UK. London Police announced the arrest of four suspected of involvement with the ring today. (credit: Carl Court/Getty Images) City of London Police, collaborating with Microsoft, have made four arrests as the result of a two-year investigation into rings of “Windows support” fraudsters. The arrests, London Police Commander Dave Clark told the press, “are just the beginning of our work, making the best use of specialist skills and expertise from Microsoft, local police forces, and international partners to tackle a crime that often targets the most vulnerable in our society.” The four suspects—a man and woman working together in Surrey, and another couple working from South Shields, Tyneside, are accused of being involved with a scheme operating out of a call center in India. Their role in the scams is not clear. The scam, similar to the one Ars intercepted in January , seeks to convince would-be victims to install remote-access software on their computers and then to set up recurring credit card billing for technical support or anti-virus software. In these cases, the scammers often posed as employees of the UK Internet service providers BT and TalkTalk, saying that they had been authorized by Microsoft to provide technical support. Read 2 remaining paragraphs | Comments 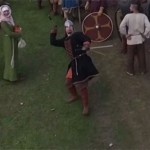 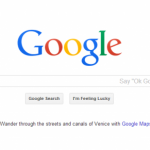