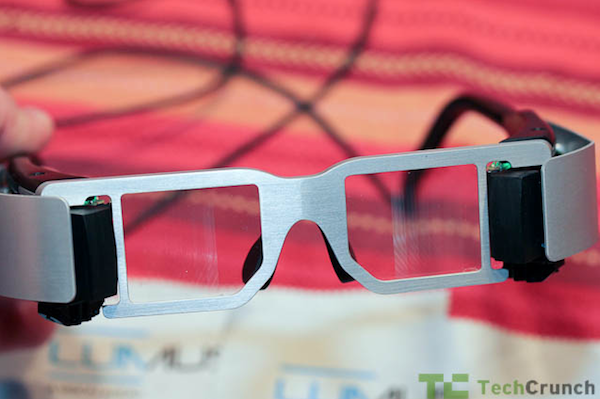 A new pair of glasses from Lumus won’t help you capture any precious moments, but it will help you get your discreet HBO fix. Unlike most video headgear, these marvels will let you peer past their lens-projected view screens, opening the door to an augmented reality that doesn’t rely on miniature displays. The lenses create an 87-inch virtual screen viewed from 10 feet that is only experienced by the individual wearing the headgear, onlookers will only see a pair of odd spectacles. 1080p buffs won’t be pleased to know that the this set of specs can only do 720p, but the Israeli company has said that a full-HD flavor is in the works. The bifocals won’t be hitting retail shelves anytime soon, but we’ll be sure to take them for a spin during CES next month. Hit the video after the break, which includes visuals of an earlier prototype in action.