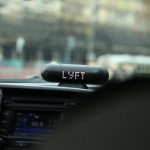 Now that shared rides represent a sizable portion of Uber and Lyft’s business, both companies have been looking for new ways to expand their offerings while making the whole system more efficient and affordable at the same time. According to TechCrunch , Lyft is currently testing a new version of its shared Line rides called “Lyft Shuttle” aimed directly at commuters and riders who regularly take busy routes. As it’s only a test for now, Lyft Shuttle is only available in Chicago and San Francisco. Riders in those cities will see the “Shuttle” option while searching for Line rides in the app — but only if their pickup and drop off locations are close enough to one of the test routes. The service is only available during the morning and evening commute hours (6:30-10AM, 4-8PM), but the fares are a fixed price so riders can avoid surge pricing during rush hour. Uber tried a similar feature for UberPool called “Smart Routes” back in 2015 , and it still highlights nearby pickup points for shared rides, but the bus-like highlighted routes seem to have fizzled out. And unlike other services intended to cover long-distance commutes like Waze Rider , Lyft’s offering is meant for shorter trips within the city limits. In San Francisco, at least, Lyft will be competing more directly with Chariot, which runs private shuttles along popular commuter bus routes and handles ticketing through its own app. Chariot was bought by Ford last year and the automaker intends to expand to eight more cities by the end of 2017, so there’s definitely a market for this type of in-between service. Source: TechCrunch