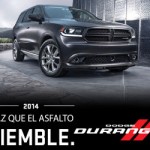 An anonymous reader writes “Email service FastMail.fm has an blog post about an interesting bug they’re dealing with related to the new Mail.app in Mac OS 10.9 Mavericks. After finding a user who had 71 messages in his Junk Mail folder that were somehow responsible for over a million entries in the index file, they decided to investigate. ‘This morning I checked again, there were nearly a million messages again, so I enabled telemetry on the account … [Mail.app] copying all the email from the Junk Folder back into the Junk Folder again!. This is legal IMAP, so our server proceeds to create a new copy of each message in the folder. It then expunges the old copies of the messages, but it’s happening so often that the current UID on that folder is up to over 3 million. It was just over 2 million a few days ago when I first emailed the user to alert them to the situation, so it’s grown by another million since. The only way I can think this escaped QA was that they used a server which (like gmail) automatically suppresses duplicates for all their testing, because this is a massively bad problem.’ The actual emails added up to about 2MB of actual disk usage, but the bug generated an additional 2GB of data on top of that.” Read more of this story at Slashdot. 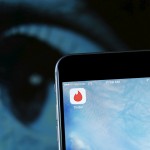 Over one million people swiped right for premium Tinder