A glow in the dark forest is a magical and trippy... 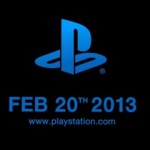