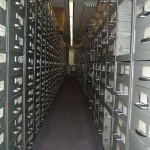 Confirmed: Microsoft and Canonical Partner To Bring Ubuntu To Windows 10