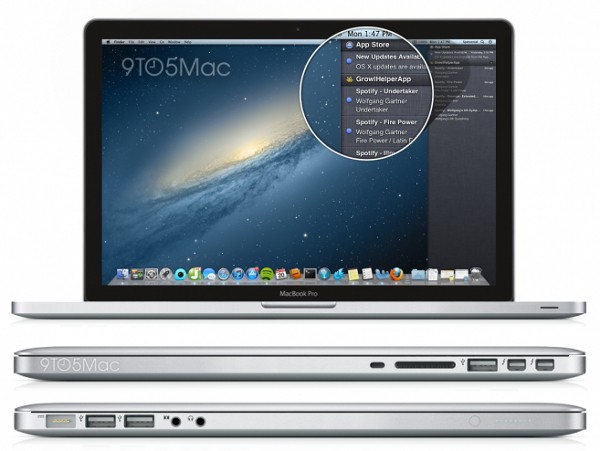 Yup, Apples are bound to flow beneath the Ivy Bridge at some point, but how much of a performance boost will they deliver? If you’re happy to hold onto a little skepticism, then two unexpected appearances on the Geekbench site could offer some early answers. The first purports to be an unknown ‘MacBookPro9,1’ laptop powered by an Ivy Bridge Core i7-3820QM running at 2.7GHz, which achieved a benchmark of 12252 — that’s around 17 percent better than a current equivalent Core i7 15-inch or 17-inch MacBook Pro. The second benchmark comes from an ‘iMac13,2’ running off Intel’s next-gen Core i7-3770 desktop chip clocked at 3.4GHz, which only merits a score of 12183 because it’s hobbled by 4GB of RAM. If you exclude memory and compare only the CPU integer and floating point scores, then you’re looking at a roughly nine percent gain over a current 27-inch iMac with a 3.4Ghz Core i7-2600 processor. Now, these benchmarks could be faked, or represent non-final hardware, but the motherboard codes look valid (see the source links) and they generally tally with what we’ve come to expect from Ivy Bridge: a healthy oar-stroke forwards, but nothing that would frighten the fish.

Update: 9to5Mac has done some digging and come up with a few more interesting tidbits about the upcoming MacBook Pro refresh. For one, code pulled from the Mountain Lion beta appears to indicate that the Ivy Bridge machines will boast USB 3.0 and a new GPU in the NVIDIA GeForce GT 650M. The site also claims that the laptops will be slimmer than the current gen, a rumor that’s we’ve been hearing for quite some time now.

MacBook Pro and iMac with next-gen Ivy Bridge processors crop up on benchmarks (update) originally appeared on Engadget on Mon, 14 May 2012 08:49:00 EDT. Please see our terms for use of feeds.

Taken from:
MacBook Pro and iMac with next-gen Ivy Bridge processors crop up on benchmarks (update)