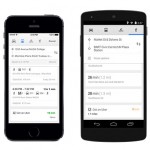 ​Today Google announced a pretty hefty update to its Maps app, with improved navigation instructions, new search options and even the ability to order an Uber ride directly from the app. Available for download now via Google Play and the App Store, the update includes lane guidance and easier access to alternate routes when you’re already in navigation mode. Another new feature lets you search for a specific area, such as Toronto, and save that place info sheet for offline use. For those traveling to a new city, there’s the ability to view places saved on Google Maps across all devices. You’ll also be able to star new locales to keep them bookmarked for the future. Google’s added new filters to assist in your search for restaurants, bars and other places of interest. Sorting options include opening hours, rating and price, among others. And for those who are taking public transportation, the Google Maps update brings enhanced route options, with the ability to select “last train home” so you don’t get stranded. And finally, there’s that Uber integration we mentioned earlier — in addition to letting you order a ride, Maps will compare Uber’s options with transit and walking routes. Check it out for yourself via the download links below. Filed under: Internet , Google Comments Via: Google Maps (Google Play) , Google Maps (iTunes) Source: Google Maps 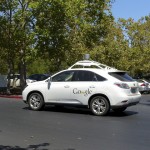 Here Is Your Self-Driving Car! But Do You Want It?