Photo by Saffron Blaze via Wikimedia Commons Anyone who has witnessed a glassmaking demonstration can surely appreciate the skill that goes into a craft that dates back to 2, 000 BC. Named after the island from which it originates, Murano glass has been among the very best since the Renaissance, though the market has declined precipitously over the past few decades: according to The Guardian , the number of Murano sculptors has melted from “6, 000 in 1990 to less than 1, 000 [in 2012].” Even so, it’s hard not to be impressed by the practiced hands that churn out the souvenirs, kitschy though they may be, and at least one maestro has added a little flourish to the predictably well-documented process of sculpting a glass horse . This one is well worth watching in full: Post by Francisco Lopez Serrano . (more…)

More:
Making a Murano Glass Horse in Minutes with a Fiery Finish 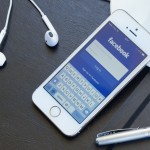