In a mind-boggling world first, a team of biologists and security researchers have successfully infected a computer with a into a strand of DNA. It sounds like science fiction, but it’s very real — although you probably don’t have to worry about this particular threat vector any time soon. That said, the possibilities suggested by this project are equally fascinating and… Read More 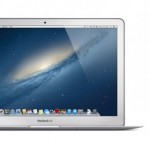