An anonymous reader writes: If you have a cracked or pirated version of Malwarebytes Anti-Malware (MBAM) product the company has debuted an Amnesty program for you. Venturebeat reports: “If you pirated Malwarebytes Anti-Malware, purchased a counterfeit version of the software, or are having problems with your key in general, the company is offering a free replacement key.” CEO Marcin Kleczynski explained the program and his statement reads in part: “When I started Malwarebytes, I absolutely had no idea how successful we would be today. I am extremely grateful for all of the support from everyone and how fast we’ve grown. That being said, I picked a very insecure license key algorithm and as such, generating a pirated key was, and is, very simple. The problem with pirated keys is that they may collide with a legitimate key just by the sheer numbers. For example, Larry may generate a pirated key that matches the exact key that I already bought. Yes, this is silly, and yes, this is literally the first thing a professional software company thinks of when building license key generation, but when you think you’re building a product for just a few people you don’t hash out these details. Now we’ve grown up, and we’ve got a new licensing system that we’ve rolled out in stages. The only problem is that we have millions of users that we’ve sold keys to, or a reseller has sold keys to, or we’ve given out keys to without keeping track. It is a mess, and you as a consumer have every right to be upset. Read more of this story at Slashdot. 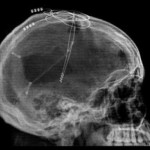