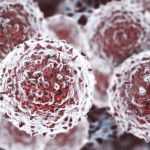 The concept of using stem cells for transplants just became a truly practical reality: a Japanese man with age-related macular degeneration has received the first transplant of stem cells from another human donor. Doctors repurposed the donor’s skin cells by turning them into induced pluripotent stem cells (that is, forced into a state where they can become many kinds of cells) that then became retinal cells. If all goes according to plan with the multi-step procedure, these fresh cells will halt the degeneration and preserve the patient’s remaining eyesight. This isn’t the first time that human stem cells have been used. There was another macular degeneration treatment in 2014. However, the prior example revolved around taking samples from the patient’s own skin. That’s risky when they may be dealing with genetic flaws that could hinder the treatment. So long as the newest procedure proves a long-term success, it opens the door to plucking cells from healthier candidates. And importantly, there are plans for this to become relatively commonplace. Researcher Shinya Yamanaka is developing a stem cell bank that would give recipients immediate treatment, instead of having to wait months to cultivate cells from a matching candidate. This would only potentially address about 30 to 50 percent of the Japanese population, but that could be enough to improve the quality of life for many people. Source: Nature , NEJM