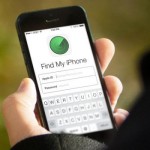 Stealing phones at Coachella is nothing new. My daughter had hers stolen a few years ago, and when I mentioned it to someone I ran into at the supermarket, she said her son’s phone had been stolen that year as well. And then a stranger who overheard us piped in that her son had also lost his phone to an “Apple picker,” as she referred to the thief. But this year, when a gentleman from New York swept through the festival picking phones from oblivious Coachella goers, a few people turned to Find My iPhone for help. The app led them to 36-year-old Reinaldo De Jesus Henao with a backpack stuffed with phones. According to NBC San Diego : The crime spree was discovered when several people noticed their phones were missing and activated the “Find My Phone” feature, police said. Those signals led the victims to Henao. Security guards detained him and when Indio police arrived they found more than 100 phones in Henao’s backpack, according to police. Some of the phones were returned to the victims that day or the next. Image by iphonedigital

Read More:
Man steals over 100 phones at Coachella, busted by Find My iPhone 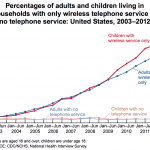 The long slow death of the landline