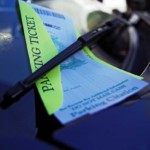 In 2015 Cody Weiss got a ticket for parking longer than the posted time limit. He says the ticket was wrongfully issued, and decided to contest the ticket. He learned that the City of LA doesn’t directly review tickets; it outsources the job to a private company. That didn’t sit well with Weiss, so he sued the city and won. Yesterday, the Los Angeles City Council approved a $650,000 payout. From the LA Times : Weiss argued that his ticket, which he received for parking longer than the posted time limit, was wrongfully issued. The court found a problem with the fact that the initial review was handled by a company called PRWT, a subcontractor for Xerox. An investigation by NBC4 found that PRWT automatically denied most ticket appeals, even when strong evidence was presented that someone was wrongly ticketed. Image: Charleston’s TheDigitel 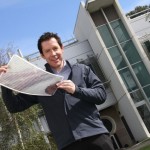