An anonymous reader quotes a report from The Verge: An unknown number of Lexus automobiles have seen their infotainment and navigation head units broken by a bug in an over-the-air software update from Lexus. The glitch, which was confirmed by a Lexus spokesperson, was delivered in a routine software update. In affected cars, it can cause the dashboard screen to spontaneously reset itself and, as a result, both the radio and navigation system can be unusable. It affects cars equipped with Lexus’ Enform system with navigation. Lexus social media channels have been flooded by frustrated owners, but the company has been unable to give any estimates for when the problem will be resolved. The company also couldn’t say whether customers will see the problem fix itself with another software update or if they will need to head into dealers to get it fixed. Some users on Twitter have reported success with disconnecting their battery for a few moments to force a reset of the system. Read more of this story at Slashdot. 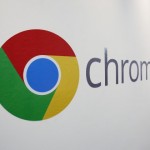 Chrome warns users of malware-infected websites before connecting to them 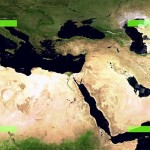 Scientists can trace your ancestors to within 30 miles using DNA