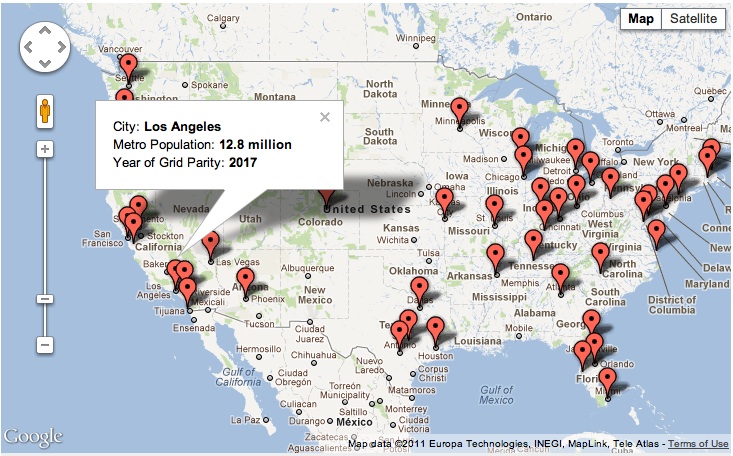 Existing grid-supplied electricity is becoming more expensive. Electricity from solar panels is getting cheaper. Here’s an animated map of North America that shows when the rising-grid-cost and falling-solar-cost curves will intersect for different metropolitan areas.

We used the following assumptions in the construction of this animated map:

Grid electricity price is the average residential retail rate reported by PVWatts for the core city of the metropolitan area.

The cost of solar decreases by 7% per year.

The grid electricity price increases by 2% per year.

According to John Farrell who created the animated map, San Diego will be the first solar grid parity city, in 2013.

More here:
Map shows when solar will be cheaper than grid electricity in North American areas