mrspoonsi writes with this excerpt from Business Insider: “This morning, Mark Zuckerberg announced plans to give 18 million Facebook shares to charity by the end of the month. Facebook is currently trading at $55 per share, so Zuckerberg’s gift is worth just under $1 billion. The money will go toward Zuckerberg’s foundation, the Silicon Valley Community Foundation and The Breakthrough Prize In Life Science, a [Nobel] Prize-like award. Zuckereberg is giving his shares away as part of a secondary stock offering from Facebook. Reuters says Zuckerberg will sell 41.4 million shares, reducing his voting power in the company from 58.8% to 56.1%. Other insiders selling include board member Marc Andreessen, who will sell 1.65 million shares. Facebook is selling 27 million.” Read more of this story at Slashdot.

OpenSSL Cleanup: Hundreds of Commits In a Week 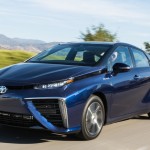