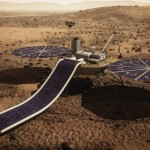 Sending humans to Mars is a multi-step process, and today, the Mars One project — you know, the folks who aim to colonize the Red Planet and fund the mission, in part, by televising the whole thing — has outlined its plans for a preliminary mission to check things out before shooting folks into space. It’s partnered up with long time aerospace contractor Lockheed Martin and European satellite firm SSTL to send an unmanned probe to Mars in 2018. Lockheed will provide a mission concept study to update its Phoenix lander that went to the fourth rock from the sun back in 2008, while SSTL is going to figure out how to build a communications relay satellite system capable of sending live broadcasts of the probe’s doings back to earth. The lander will be equipped to test out technologies needed to make human settlement possible, but part of its mission is currently undefined. You see, Mars One is going to hold a contest next year, soliciting ideas from university and school-age students as to what types of other activities the probe should perform. Additionally, the plan is for the public to help direct the lander, too — those who back the Mars One project on Indiegogo will get to vote on some mission decisions down the line. Oh, and if you were planning to be among the first wave of settlers when the manned missions start, you’ll have to wait an extra two years, as that launch date’s been pushed back to 2025. Filed under: Science Comments Via: The Verge Source: Lockheed Martin , Surrey Satellite Technology Ltd. 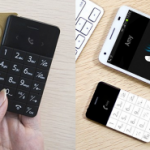 Future Elevators Will Use Maglev to Go Up, Down—and Sideways