tsu doh nimh writes “In early October, news leaked out of Russia that authorities there had arrested and charged the malware kingpin known as ‘Paunch, ‘ the alleged creator and distributor of the Blackhole exploit kit. Today, Russian police and computer security experts released additional details about this individual, revealing a much more vivid picture of the cybercrime underworld today. According to pictures of the guy published by Brian Krebs, if the Russian authorities are correct then his nickname is quite appropriate. Paunch allegedly made $50, 000 a month selling his exploit kit, and worked with another guy to buy zero-day browser exploits. As of October 2013, the pair had budgeted $450, 000 to purchase zero-days. From the story: ‘The MVD estimates that Paunch and his gang earned more than 70 million rubles, or roughly USD $2.3 million. But this estimate is misleading because Blackhole was used as a means to perpetrate a vast array of cybercrimes. I would argue that Blackhole was perhaps the most important driving force behind an explosion of cyber fraud over the past three years. A majority of Paunchâ(TM)s customers were using the kit to grow botnets powered by Zeus and Citadel, banking Trojans that are typically used in cyberheists targeting consumers and small businesses.'” Read more of this story at Slashdot. 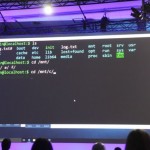 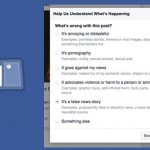