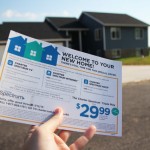 (credit: Cole Marshall ) Charter Communications today said it has closed its acquisitions of Time Warner Cable and Bright House Networks following approvals from the Federal Communications Commission and regulators in California , the final state that had to sign off on the deal. Charter has nearly quadrupled in size as a result of the transactions, going from 6.8 million customers to about 25.4 million in 41 states, second in the US after Comcast’s 28 million. The merger drew opposition from some advocacy groups, including one that took to calling the new Charter ” Mega Cable .” The cost of the acquisitions was originally expected to be about $67.1 billion, though Charter will reportedly  end up paying a bit more than that. Charter’s announcement today  said, “The completion of the transactions will drive investment into the combined entity’s advanced broadband network, resulting in faster broadband speeds, better video products, more affordable phone service, and more competition for consumers and businesses.” Read 4 remaining paragraphs | Comments