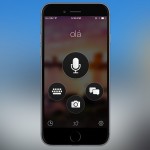 Microsoft updated its Translator app to support offline translation on Android back in February, and it’s just added the same feature to the iOS version. Like the Android app, the translation works by way of deep learning. Behind the scenes a neural network , trained on millions of phrases, does the heavy lifting, and the translations are claimed to be of “comparable” quality to online samples. Your mileage will apparently “vary by language and topic, ” but even an adequate translation is probably worth it when you’re saving on data costs abroad. When Microsoft launched the offline functionality for Android, it was really bringing the experience in line with Google’s offering on the platform. But while the search giant’s Translate app for Android does offline translation of text (and even photos containing text ), its iOS app is online-only. That makes Microsoft’s Translate app the first from a major company to offer the functionality, and the first ever on the platform to use a neural network to achieve it. The iOS app supports 43 languages , although you’ll have to download the relevant libraries before going offline. That’s a lot more than the nine the Android version launched with, but Microsoft says it’s updating that app to support the expanded catalog. Supported languages include Arabic, Chinese, French, Italian, Japanese, Korean, Russian and Spanish. I fed the app a couple of very pretty lines from Jules Verne’s French novel Journey to the Center of the Earth , and it did a pretty decent job. The official translation is as follows: The undulation of these infinite numbers of mountains, whose snowy summits make them look as if covered by foam, recalled to my remembrance the surface of a storm-beaten ocean. If I looked towards the west, the ocean lay before me in all its majestic grandeur, a continuation as it were, of these fleecy hilltops. And here’s Microsoft’s neural-network powered, offline translation: The ripples of these endless mountains, their layers of snow seemed to make foaming, reminded my recollection the surface of a choppy sea. If I went back to the West, the Ocean is developing in its majestic scope, as a continuation of these fleecy summits. It’s lost its structure, and is no longer grammatically sound, but all of the meaning is still there. If all you’re going to do is translate a menu or a sign post, this is pretty impressive stuff. The app is a free download from the iOS App Store and Google Play . It’s a relatively small download at 60MB, but each language packs will add around 250MB to that figure. Via: VentureBeat Source: Microsoft Translator blog , (App Store)