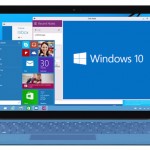 Yesterday, we heard that Microsoft planned to give people with pirated copies of its software a free way to upgrade to Windows 10. According to Reuters , Microsoft’s goal with this plan was to combat piracy in China, though the idea was to expand said offer beyond that country. Well, as it turns out, it won’t be that simple — and, frankly, is anyone really surprised? Microsoft tells The Verge that it will provide “a mechanism” for pirates to upgrade to the latest version of its OS , but they will have to go through the Windows Store in order to get a genuine (read: officially supported) upgrade. In other words, those with a non-genuine copy of Windows 7 or Windows 8 will have a way to get Windows 10, but there’s no confirmation that it will be at no cost. “We will provide a mechanism for non-genuine Windows 10 PC devices to ‘get genuine’ via the new Windows Store, whether they are upgraded versions of Windows or purchased.” Although Microsoft isn’t making the situation any easier to understand, a company spokesperson did tell The Verge that the upgrade practice described above “will be consistent globally.” Exactly what the process will be like is yet to be determined, but we’re sure the Redmond-based company is going to have more details to share on that front as we get closer to the launch of Windows 10 . Filed under: Desktops , Laptops , Software , Microsoft Comments Source: The Verge

I can’t wait to see this awesome Chinese animation movie