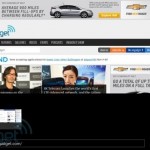 With Windows 8.1 , Microsoft has pushed out a revamped version of Internet Explorer that is supposed to be significantly faster than its predecessor, not to mention the fact that it claims to be easier on battery life. Fortunately, it appears that the company fully intends to make IE11 available to Windows 7 users as well. While Microsoft opened up about this fact, it wasn’t so keen to offer up any timing expectations. Thus, it’s quite possible that we may not see it show up on Win7 until after it’s had some time to bedazzle those who are already packing the latest and greatest version of Windows. Filed under: Desktops , Internet , Software , Microsoft Comments