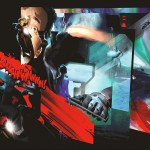 Comic books come to VR through an app

This Milk Lasts Up to Nine Weeks Without Spoiling