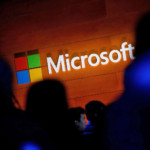 Microsoft has released a new app called Dictate. It’s an add-in for Word, Outlook and Powerpoint and uses Cortana’s speech-recognition technology to let you speak what you want to type. The company is obviously not the first to work on dictation technology. Nuance’s Dragon software has been around for awhile and is available for both desktops and mobile devices. And, last year, Google added more features to its voice typing option in Docs. Office has already supported voice-to-text typing, but Dictate brings along some new features. It supports more than 20 languages and has a number of commands that let you edit as you go. Simple statements like “new line, ” “delete” and “stop dictation” let you manipulate the cursor and correct the text with your voice. Punctuation is also easily managed with voice control. Another feature offered is real time translation. Just adjust some of the settings and Dictate will type a translation of what you speak. You could speak in Spanish and type in French, for example, and the 20 languages supported for dictation can be translated into over 60. Right now, Dictate is available for 32- and 64-bit Office and Windows 8.1 is a minimum requirement. The download is free, but because it’s a Microsoft Garage project, it’s not clear what the future holds for the app. Source: Microsoft 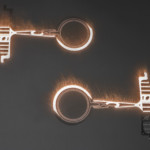 GE is working on a massive 3D printer for jet engine...

From the Maker of Arduboy: Tetris On a Bracelet