In Conversation with Steve Ballmer at Saïd Business School Most companies fail, successful companies are often one-trick ponies, but Microsoft is a two-and-a-half trick pony, according to former CEO Steve Ballmer, speaking at Oxford’s Said Business School . He was responding to a question about why Microsoft had failed to innovate in the mobile space, particularly given that it had invented the tablet computer way before it was popularized by Apple. “Most tech companies fail,” Ballmer replied. “They are zero-trick ponies. They never do anything well and they go away. You are a genius in the industry if you are a one-trick pony. You get some innovation right and then spin it. I am very proud of the fact that [Microsoft] has done at least two tricks. Tricks are worth billions and billions and billions of dollars.” Read 11 remaining paragraphs | Comments

View original post here:
Microsoft is a “2.5-trick pony” according to Steve Ballmer 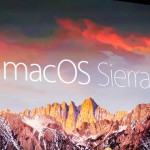 Apple will deactivate Flash by default on Safari 10 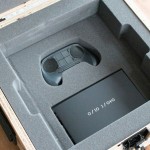