On the heels of announcing the Surface 3, Microsoft trotted over to Reddit for its now-traditional AMA dance with the folks. The Surface 3 is a smaller, less expensive iteration of the Surface Pro 3, which was released last year. The Pro 3’s commercial performance has been superior to its predecessors, making its successor all the more interesting as a potential. In the AMA, Microsoft… Read More

See more here:
Microsoft Is Saying Exactly “Nothing” About The Surface Pro 4 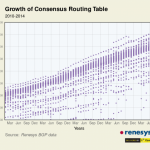 FBI Says Search Warrants Not Needed To Use "Stingrays" In Public...