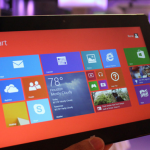 Tomorrow in New York, Microsoft is holding a Surface-themed event that was expected for a time to include the unveiling of a new, smaller Surface device — the Surface Mini as it was dubbed by the media. Not so, it now appears. Reports have cropped up that a smaller device isn’t happening, and that instead, Microsoft will release a larger screened Surface device. Color me excited. I’ve since… Read More