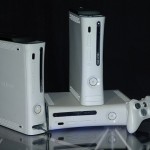 Mark Derricutt When the Xbox One was announced last year, many Xbox 360 owners were upset that the system wouldn’t be backward compatible with 360 games . Now, there’s some indication that Microsoft is looking to remedy this situation through emulation, though the specific timing or form that the emulation will take is still unclear. Microsoft’s still-nebulous plans for Xbox 360 emulation via the Xbox One come from a Q&A session at last week’s Build developers conference , as reported by Kotaku AU . When an audience member asked if there were “plans for an Xbox 360 emulator on Xbox One,” Microsoft Partner Development Lead Frank Savage responded: There are, but we’re not done thinking them through yet, unfortunately. It turns out to be hard to emulate the PowerPC stuff on the X86 stuff. So there’s nothing to announce, but I would love to see it myself. The change in architecture between the Xbox 360’s PowerPC processor and Xbox One’s x86 chip has  long been  suspected as the main reason that the newer system can’t natively play games from its predecessor. The PS4 saw a similar architecture change from the PS3 and also lacks native backward compatibility. Read 2 remaining paragraphs | Comments

View post:
Microsoft looking into Xbox 360 emulation through Xbox One