Microsoft on Thursday provided an update on Office 2019, in which it revealed that the apps will only run on Windows 10. From a report: In a support article for service and support of Windows and Office, Microsoft has revealed you’ll need to upgrade to Windows 10 if you want the latest version of Office without subscribing to the company’s Office 365 service. It’s a move that’s clearly designed to push businesses that are holding off on Office 365 into subscriptions, as the standalone Office 2019 software will only be supported on Windows 10 and not Windows 7 or Windows 8.1 machines. Microsoft is also altering the support lifecycle for Office 2019, so it will receive 5 years of mainstream support and then “approximately 2 years of extended support.” Read more of this story at Slashdot.

Link:
Microsoft Office 2019 Will Only Work on Windows 10 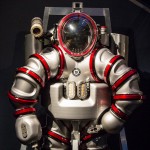 The Exosuit: What Tony Stark Would Wear Underwater