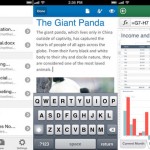 After rumor upon leak suggested Microsoft was cooking up a release of Office for iOS, you’d think its arrival would be celebrated with streamers and cake. Making a rather low-key entrance, the app is now available to those with a small-screen iOS device and an Office 365 subscription. You can create new Excel and Word files from scratch, or view and edit spreadsheets, docs and Powerpoint files stored on Microsoft’s cloud services, or pinned to emails. Offline editing is also possible, as long as you’ve recently viewed or edited the file. You’ll also be able to see any files you recently accessed at home if your computer is running Office 2013 . You’ll need an iPhone or iPod touch running iOS 6.1 (there’s no iPad version just yet), and the app is limited to the US at the moment, but head to the iTunes Store source link for the full feature list. [Thanks to everyone who sent this in] Update: Check out our hands-on . Filed under: Cellphones , Internet , Software , Mobile , Apple , Microsoft Comments Source: iTunes Store , MS Office News blog , MS Office Technical blog 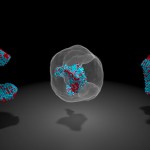 Scientists map every atom inside a nanoparticle 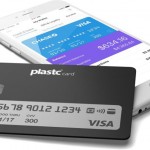 Smart card Plastc goes under despite $9 million in preorders