LOS ANGELES—At Microsoft’s pre-E3 press conference , the company announced a strategic partnership with Valve VR, complementing its partnership with Oculus, which was revealed last week at an Oculus press conference in San Francisco. In other VR news, Microsoft invited Mojang’s brand director, Lydia Winters, to the stage to demo a version of Minecraft built specifically for Microsoft’s HoloLens . Corporate Vice President of Microsoft Studios Kudo Tsunoda told the audience that Microsoft is “working closely with Valve to make Windows 10 the best platform for VR gaming.” Valve’s own SteamVR development kit is still in development, but Ars got a chance to play with it at Valve’s office in Seattle last week. Microsoft also reiterated that it would be partnering with Facebook-owned Oculus VR with the goal of getting the Xbox One controller to interoperate with the  consumer-ready version of the Oculus Rift , which will be launched in the first quarter of 2016. Users will be able to play VR games through the Oculus Rift using their Xbox One controller, and they’ll be able to stream games through Windows 10 to the headset. Oculus also announced last week that it would launch its own hand-held controllers called Oculus Touch to allow for more natural gestures and movements through virtual worlds, but Oculus Touch is still in prototype mode and won’t be available until after Oculus’ launch. Read 2 remaining paragraphs | Comments 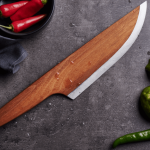 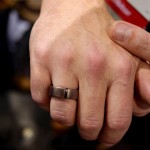 Motiv crammed a full fitness tracker into a ring

Easily Remove Dark Circles from Under the Eyes in Photoshop