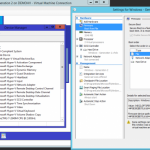 Windows Server 2012 will be updated this autumn to Windows Server 2012 R2. This will be the first in a series of more or less annual updates to the Windows Server platform. It’s not just the operating system that’ll get these regular updates, either. On the server side, System Center and SQL Server are also going to be on an annual cadence. On the client side, Visual Studio will be too. Even though Windows Server 2012 is less than a year old, Microsoft promises a stack of new features for the R2 iteration. Hyper-V, in particular, has some compelling improvements: legacy-free, UEFI-booting “generation 2” virtual machines, faster live migration, live cloning of VMs, online disk resizing, and support for live migration, backup, disk resizing, and dynamic memory for Linux guests. Windows’ pooled storage system, Storage Spaces, is set to become a lot smarter. Pools can use a mix of solid state and spinning disk media, and the Storage Space software will automatically move hot data off the spinning disks and onto the solid state ones. Read 10 remaining paragraphs | Comments

The iOS 9 Jailbreak Is Now Available 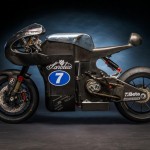 The Sarolea Superbike Is a Lightning-Powered Speed Demon