In recognition of their historical importance and commercial irrelevance, Microsoft has given the source code to MS-DOS 1.1 and 2.0 and Word for Windows 1.1a to the Computer History Museum  (CHM) in Mountain View, California. The source is now freely downloadable by anyone, though making practical use of it is an exercise for the reader. This source code joins other important early programs, including Adobe Photoshop 1.0 and Apple II DOS, among the CHM’s collection. Len Shustek, CHM chairman said, “We think preserving historic source code like [MS-DOS and Word] is key to understanding how software has evolved from primitive roots to become a crucial part of our civilization.” The scale of change between then and now is formidable. MS-DOS had just 300kB of source code and occupied as little as 12kB of memory. In 1981, MS-DOS was a key part of IBM’s PC, and the success of the PC—and its clones—made Microsoft the industry giant it is today. Word for Windows is the product that turned WordPerfect from market leader into all-but-irrelevant also-ran. Read 1 remaining paragraphs | Comments

Excerpt from:
Microsoft releases source code for MS-DOS and Word 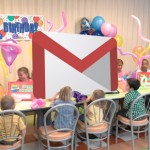