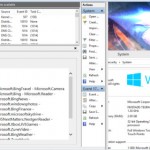 A batch of first-party app updates could be incoming for Windows 8 very soon that have nothing to do with Microsoft’s cross-platform Blue crush. That’s according to CNet ‘s Mary Jo Foley, whose sources have indicated that the refresh, previously rumored to arrive by month’s end, would also apply to Windows RT. Microsoft’s yet to officially comment on the matter, but as you can see from the screen above, users have already reported seeing a list of “installation ready” applications within the System log now. As for that round of major OS revamps , Foley says that’s still on track and should begin to rollout sometime this summer. Filed under: Software , Microsoft Comments Source: CNet